It takes an awful lot for a film to stick with me. Recently I’ve been watching more films than a cinema projectionist. I don’t want you to think I’m complaining. I love being a journo, I love freelancing. I love film.

A couple of weeks ago I received Searching For Sugar Man from LoveFilm. I can’t remember if it was a recommendation someone specifically made to me or whether I just happened across it while looking for new documentaries (because I am that cool cat in the brown knitwear and spectacles).

As I said it takes a lot for a film to stick but Sugar Man had it. I’ll explain the premise but try not to ruin it for you at the same time. In the 1970’s an artist known by the single name Rodriguez released two folk albums. His album Cold Fact became one of the albums of the times. It developed a cult following. Unbeknownst to the man himself his album became the sound of the fight against apartheid in South Africa. He was seen as a hero. Nobody knew a lot about the mysterious Rodriguez, aside from his humble beginnings in Detroit and the rumours of his violent suicide but Swedish filmmaker Malik Bendjelloul set out to track the story with the assistance of two Rodriguez megafans from Cape Town.
I won’t say anymore. Just promise me you’ll watch it. After seeing the film I had to buy a copy of Cold Fact for myself and although I recently had to boot a friend out of my car for saying it was ‘taxi driver music’ it is packed with brilliant folk songs backed with touches of instrumentation and trippy effects. 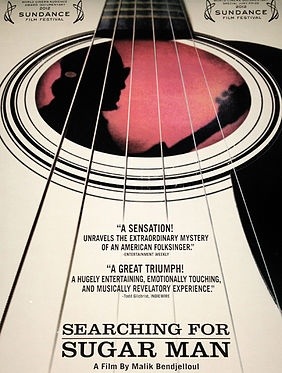