After reading about a project by The Larson House, I put the names of 52 bands/artists in a pickle jar. Each week I listen to one in the hope of finding new favourites and eventually, the leap home.
This week was the turn of the thinking woman’s crumpet, Guy Garvey, and his sticky wicket band, Elbow.

What I Knew Before: I have seen Elbow. I’ve been in their presence. At a Muse show in 2002 (approx), they were the support group. In a review I wrote for my student paper, I described the lead singer as “Samwise Gamgee with a capo”. That certainly hasn’t changed. I also think they played at Glastonbury for one of the years I was there. I don’t know if I saw them, which says a lot.
I knew all the big songs. The ones that get played at festivals stuck in a perpetual sunset. The big choruses that everyone sings and that bit that goes BAAUUU BAAAU BUM BUM BAAA BAAAU BUM.
I also remembered that they did an M&S version of Golden Slumbers that people got really mad about but which I quite enjoyed.
What I Know Now: In the words of Talking Heads, I suppose it’s the same as it ever was. I enjoyed the earlier stuff more, almost found it to be diminishing returns as far as albums go. Saying that, Giants Of All Sizes (2019) sees something wonderful back in the fray.
Favourite song(s): Anyone who says their favourite Elbow song isn’t Grounds For Divorce needs their head examined.
Favourite album: I hate to say, I was into this band before they were cool but Asleep In The Back is probably the most interesting album they’ve put out. My opinion isn’t going to diminish the astounding career that they’ve had, it’s just not 100% my cup of grease. 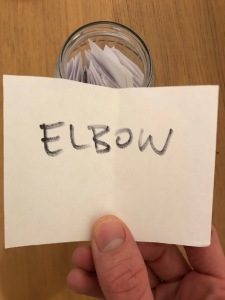