They say that the definition of insanity is repeating the same steps and expecting a different result. Eight years ago I took an overnight coach to Paris with my friend Lucy. The fallout from that horrific journey meant we didn’t speak to each other for several months. We are fine now.
Knowing how much that trip had destroyed me, I did it again at the weekend.
I got loaded at a party on the South Bank before remembering I had a coach to catch and rushing over to Victoria Bus Station. I dozed to Dover and let my head drop on a table aboard the ferry. I did the sleepyhead nod for the three hours to Paris and then I was stood on a bridge over the Seine and it was sunny and beautiful and I was free.

I’m often asked why I choose to go away on my own. I guarantee that the people who ask have never tried it. For such a small gesture, it’s so calming. I walked from Bercy all the way to Shakespeare & Co in the hopes I could stay for the night. They offer accommodation to aspiring writers in exchange for a few hours work in the shop and an auto-biography for their archive.

It wasn’t to be but I wandered through and acted bohemian. I walked all the way to Tour Eiffel. It was getting on for thirty degrees centigrade, so I decided to climb the 674 steps to the 2nd stage before getting the lift to the “sommet”. Despite not having anyone to deal with, I found everyone around me annoying. I was at the top for maybe five minutes before I felt penned in and realised it had been a mistake. I came back down and wandered off to find a Starbucks. I sat on the curb, thought about smoking and drank something cold and sugary in the name of being basic.

I walked to Montparnasse and had lunch in Café du Dome, one of Hemingway’s favourite bars, which offered a three-course meal for €48 in his honour. I asked for it before being told they didn’t offer it as a lunch service. I had some great food, a glass of wine and then a double espresso before searching for the other bars Hemingway had frequented. La Rotonde was just across the road so I stopped for “un demi” before wandering up the road in search of La Closerie des Lilas, which looked like it had ideas so far above its station that I daren’t step a foot in the door. I bought a bottle of wine and sat in Le Jardin du Luxembourg until my legs didn’t work and then I stumbled on to another bar.

As the sun started to go down, I found my way over to Tour Montparnasse and rode up 56 floors and climbed three sets of stairs to the observation deck where I got a beer and watched the sunset, surrounded by couples in love. Nothing improves a sunset quite like day drinking.

After the sun had disappeared I realised it was about time I did as well and headed down before others had the same idea. I got the train south to Gentilly where my hostel was based. I spoke to the guy on reception about the origins of my name, my lack of desire to go out anywhere that evening and my plans for the following day. I got up to my shared room and fell down on my bunk, dreaming of beautiful people in Breton stripes. 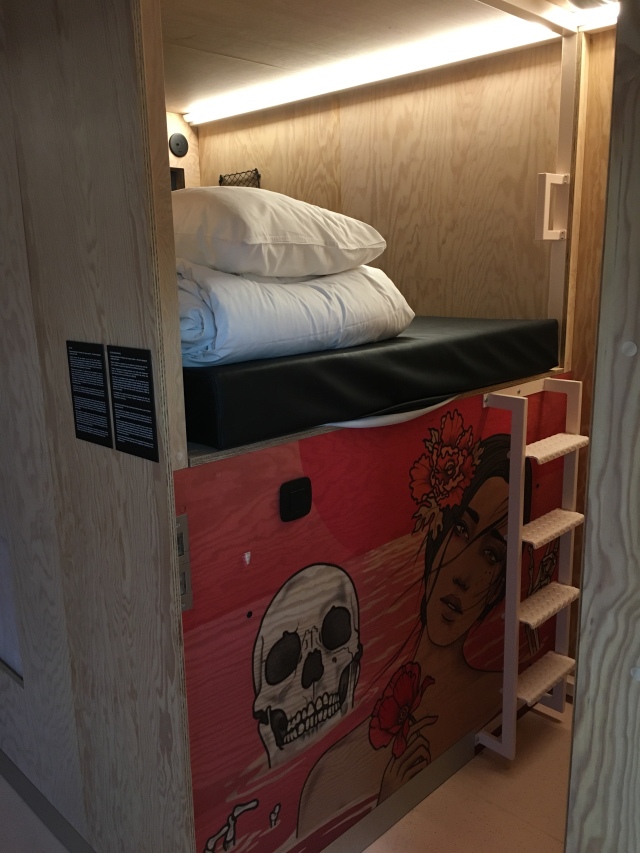 I awoke early, showered and got dressed. It felt great to be in clean clothes. I took the train up to Notre Dame and smirked at the tourists trying to get a photo at distance because the grounds were fenced off by police and security following the recent fire. I got a black coffee at the Shakespeare & Co cafe and sat outside, watching groups of tourists stop for photos.

I headed north of the Seine to meet my friend Mika for brunch. He was coincidentally in Paris for the weekend, staying with his friend Marion. I had the most incredible lazy brunch of bread, yoghurt and honey, a charcuterie board, cheese, salad and a chocolate brownie. If there is one thing that makes you appreciate taking your time, it’s a good brunch.

I left the pair of them to their hangovers and afternoon plans and walked to Musee du Louvre. Despite my various visits in the last twenty years, I had never been inside. I was told it takes three days to see everything. I’m not surprised. I got lost on so many occasions that I couldn’t be sure what I had and hadn’t seen before. I would wander past a marble statue that had become the equivalent of a tree stump and wonder if I was going round in circles. I saw the Mona Lisa, which was an experience in itself. They snake visitors up two escalators and through two rooms before you’re penned into an area for ninety seconds and have to get your photos in. It’s not that the painting itself was disappointing, just that people tend to be. I got a coffee and did some excellent people-watching and then rolled out and over to the Latin Quarter to get some dinner.

On my way I passed over Le Pont des Arts, ruminating on an old relationship where the pair of us had attached a padlock with our initials to the mesh of the bridge. It was a thing.

Over time the bridge was weighed down by the number of padlocks pinned to it so they cut the lot free and chucked it all in the Seine. C’est la vie.

I have a rule when I’m travelling that I don’t have to be vegetarian if it’s going to be a bother. It doesn’t make sense to be vegetarian in France. I’m not going to eat foie gras, but I can’t ignore the allure of escargot. Those little garlicy boys know what is up. I sat with a beer and some snails and my book and felt like I had found the peace of mind I had been waiting for. I didn’t want to escape myself but the series of situations I always seem to find myself in. I didn’t have to consult with anyone or deal with anything. I could just sit and shut the fuck up for a moment and enjoy being in my body and in my book. 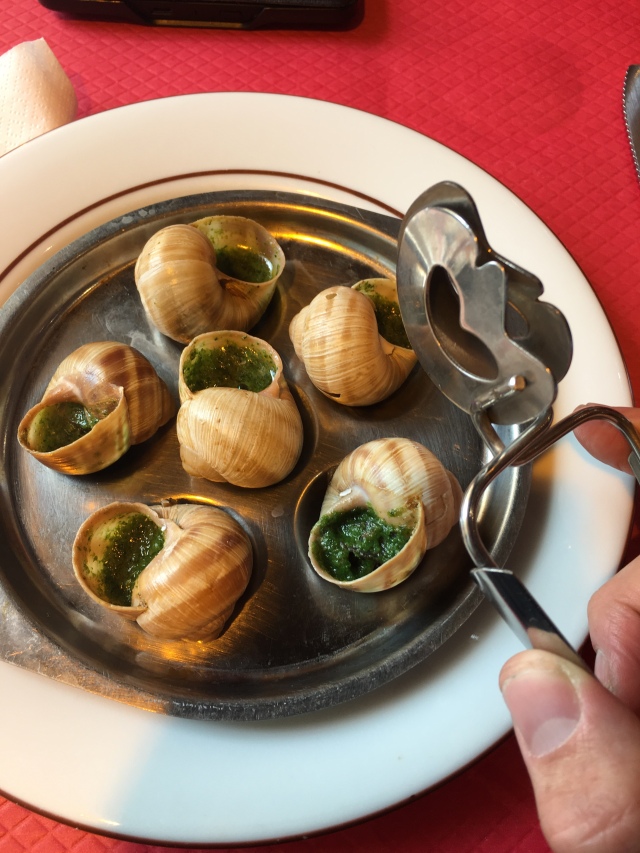 I hired an electric scooter and tore down the bank of the river until I got back to Buchy where I abandoned the scooter outside a cinema  and caught a screening of Hobbs & Shaw, trying to pass the time before my coach home. It was subtitled in French so I was laughing at a different time to everyone else who read the punchlines before they’d been said out loud.
I then found the least offensive-looking bar in Buchy Village and sat out by the curb, drinking beer and stuffing chips in my face.

I spent more time with Kayla than with anyone else over the weekend. We sat in the bus stop waiting for an update until one in the morning when a bus finally arrived. My ticket was for a different bus company so we came up with a cunning plan. I would put Kayla’s oversized bag in the hold while she argued our case with the driver. I then told her about my ridiculous plan. I needed to be back in London the following morning because I had to be at work at 9am. I had walked 50,149 steps in two days. I was half-cut.I had nine hours to get home. She laughed at me.

Somehow there were still two seats on the coach. The driver let us on having only seen Kayla’s ticket. I promised him a drink when we got to the ferry, which I then realised was a bad move for a coach driver. We sat together on the coach and talked about travelling and family and hostels. Kayla had flown over from Brisbane and spent three months in Europe. She was heading to London to housesit for a family friend and was looking forward to understanding what people were saying to her. It was nice to talk to someone and to remember what it was like to be so young and carefree. She had some great stories.

We sat in the Food Court on the ferry and talked about cage fighting and shots and kids swearing. We slept on the coach intermittently and I woke up to watch Brockley and Camberwell go by before we crossed the mighty Thames and pulled into Victoria.

I couldn’t believe the difference in temperature as we stepped down off the coach . We said goodbye and I ran down the steps and into the underground. I got the first Circle Line train I could and pretended to listen to music (because my battery was dead) until I got to my office for 08:56, smelling of garlic and coach stations and a love for a city that was not my own.