It’s Already Out There

Sometimes it isn’t the content of the film itself, but instead the circumstances you watch it in. It is well recorded that I am prone to wild bouts of tears if I watch any film while on an aeroplane (I’m looking at you Amy, Inside Out, Instant Family, Lion, Infinity War, Adaptation).

I had seen Eternal Sunshine of the Spotless Mind any number of times before I watched it on a roof in Stratford but that will always be my favourite viewing. I had seen Blade Runner a lot because a girl I was dating had to study it when we were at university but it never had a patch on the Secret Cinema screening last year.

I had never fully appreciated the power, nuance and wonder of Nora Ephron’s work until I saw When Harry Met Sally at the Prince Charles cinema in Leicester Square recently.

For those of you who are not familiar with what is objectively the greatest romantic comedy of all time, When Harry Met Sally (or WHMS as I sometimes call it for fun) centres around one human male (Harry) and one human female (Sally) and their relationship. It begins with a journey from the University of Chicago to New York where the pair are thrown together for the drive by a mutual friend. Harry has a dark side (which I can relate to) and absolutely nothing bothers Sally (which I envy). On the ride they fall out over Harry’s insistence that Sally has never had great sex and whether they should get a motel together.

I was first introduced to WHMS by my grandfather. He told me that men and women could never really be friends because the sex always got in the way. He told me this when I was fourteen. I rolled my eyes and told him that he was embarrassing and then I spent a decade proving his point.

What makes WHMS so great is the honesty of the relationship onscreen. It isn’t plain-sailing and at no point does it feel like the relationship is being played out by numbers or in a three-act structure. You completely buy into their friendship and then their relationship. I can never work out which of the pair of them I fancy (see also: Before Sunrise, Eternal Sunshine, True Romance, La La Land, Garden State, Star Wars).

I cannot recommend seeing WHMS enough. Go and see it in the cinema if you get the chance, and if you can’t get around to that, then do what I do; watch it once a month on Netflix and proudly partake of some pecan pie. 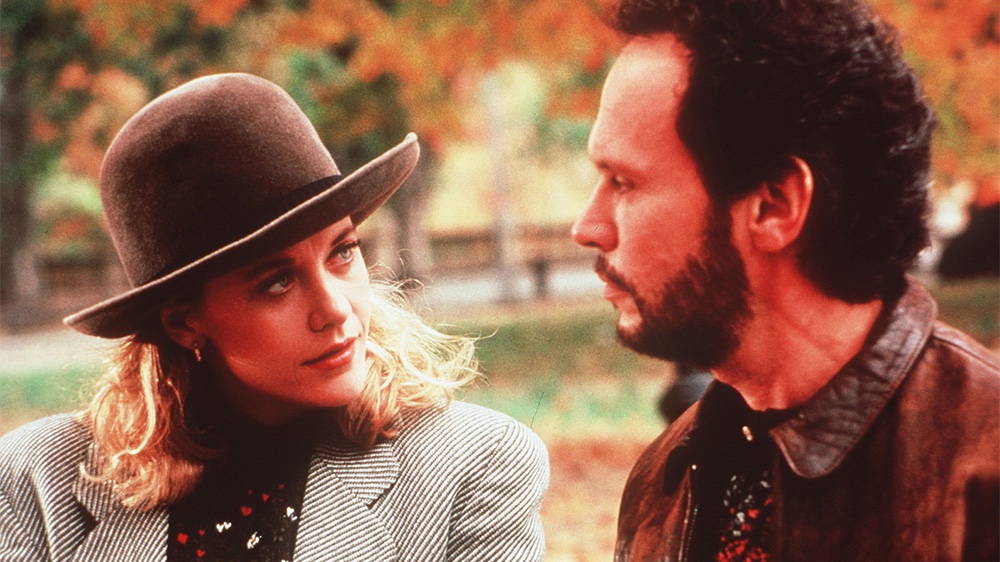 2 responses to “It’s Already Out There”