Morning.
Or if it isn’t morning, where have you been?
I feel I need to clarify a few points before I write this post.
The first is that despite what I am due to say I very much appreciate the opportunity to see live music, I feel privileged to get to enjoy the music I like, and to spend time with a good friend.
The second is that if you recognise yourself or your characteristics in the people I describe then that’s fine.

Yesterday I got to spend the day with my friend James, I hadn’t seen him in about a year and while I know that he follows this blog fairly religiously (he pointed out the link to it on the homepage of his iPhone to me yesterday) I don’t think I’ve ever written anything about him, and I know this causes him more pain than when we discovered Burger King was shut at one o’clock this morning. When I was fresh out of Uni I got a job as a ‘data entry’ clerk in a bank, it was supposed to be a stop gap, but it lasted nearly two years, and just led me to the job I’m in now. On my second or third day I got in the lift after a cigarette break with who I thought at the time was the coolest man I had ever met. He had the skinniest jeans on you can imagine, a deep V-cut t-shirt and an oversized beanie holding back his mane of curly dark hair. We have talked about our meeting since and it was pretty much exactly the same as when Summer and Tom meet in (500) Days of Summer. I was wearing a The Queen Is Dead t-shirt and James said:
‘you like The Smiths?’
and the rest, as they say is history. This was a big deal for me. James was the first person in that office to take the time with me, and in a way that will make me cringe (and probably make him laugh) he served as a big brother character.
Two years ago; and with his hand forced slightly behind his back, James moved to Birmingham for work (despite the fact I repeatedly told him he would get stabbed) and my visits up there, and his visits home have been sporadic at best so it was nice to spend yesterday with him. That’s a bit of backstory for you. Onto the main event…

We arrived at Reading at about twelve, having been caught up in traffic for about two hours, and taking in the brilliant new Bloc Party album Four alongside Scroobius Pip and Jack White. Trying to find a cashpoint I couldn’t help but notice the ‘scene’. Rather than it seeming like everyone was in their disposable dusty t-shirts it seems a trend has arisen for ‘festival wear’. This basically means boys in vest with bold kaleidoscope triangle prints, skinny jeans or skinny shorts and boots and girls in high waisted shorts, t-shirts promoting bands they have neither heard of or intend on hearing, and wellies. It’s a bold look when there are several thousand of them queuing outside a petrol station and it led me to tweeting that it looked like the worst episode of skins imaginable.

When we got onto the site we headed to the Main Stage and caught Blood Red Shoes set which had a lot of heart considering its slot, and had an impressive haul of fans stretched out across the front. After that I got my one and only cider of the day and we settled in to watch Mystery Jets on the barrier, by this point my level of disdain for the majority of the people at the festival was rising, like that moment before The Hulk starts lurching forward in agony and fucking shit up. Mystery Jets were very good, as they have been each time I’ve seen them, and the songs on Radlands fit comfortably into their set. In a move that I don’t think I will ever fully understand Odd Future were on after Mystery Jets. For those of you who don’t know (and up until yesterday I’d have probably been writing this for me if that were possible) Odd Future (or to give them their full title Odd Future Wolf Gang Kill Them All) are an American alternative hip-hop collective from Los Angeles (yes, I did take that from Wikipedia). Their leader Tyler, The Creator is a fan of controversy and his lyrics have caused a stir for their homophobic and mysoginistic views. The set was one of the weirdest things I had ever experienced, and people went absolutely fucking crazy for it. There were; by my count, eight people onstage and they rap over each other and over the kind of deep bass grime thing that I don’t really good. They were entertaining though, constantly diving out into the crowd, miming sex moves on the security staff and generally just seeming a lot cooler than I’ll ever be able to comprehend, eventually the sound was cut on them for overrunning their set and I was left with the feeling that I was missing out on something (rather than my usual feeling that everyone else had it wrong).

It was James’s decision to watch Odd Future, and as I said yesterday, I’ll always try and see bands at a festival that I wouldn’t usually see just for the experience of it so that’s fine, but I got to see The Shins after who have been a firm favourite since the exchange about them in Garden State. They played a set that was completely parallel to the one I saw at the HMV Forum earlier this year but that’s in no way a dig, because it was very well done, and covered all four of their albums nicely. After The Shins were Enter Shikari who I cannot condone in any way shape or form I’m afraid so I went to get some noodles and took James to see the end of Miike Snow’s set. We arrived just in time for Animals (which I suppose is the song isn’t it? From there we slowly made our way back to the Main Stage and accidentally caught the last song of Enter Shikari’s set. We then waited for all the clones of my youngest brother to clear from the front of the stage and that got settled in for The Vaccines. It was an odd experience, because I felt a bit like Dorothy amongst the Lollipop Guild (what a fruity example, please excuse me). It didn’t help that all of the boys seemed to be dressed like this:

I began to grow very aware of how much older than everyone else I felt, James and I spoke about it afterwards and concluded the best word was surreal. While we were waiting I was scanning around the audience trying to work out a way to describe them. You know how in Less Than Zero everyone is described by Clay as being ‘tan, blonde, dark glasses’, it was like that, there as such a mould to everything and I started to get pissed off about it. Twenty years ago Nirvana played on that stage and here we were with a bunch of clones dressed like little Topshop mannequins. Then something strange happened. The Libertines was blasted out over the PA and every single person in the audience sang along, then Cage The Elephant was played, and every single person in the audience sang along, and it happened a couple more times and I had this incredible revelation that it didn’t matter, that the majority of them were here for the music, that they wouldn’t have crammed themselves in around us if it wasn’t for their love of music and that perhaps the reason I was so pissed off with them is that they represented a part of my life that had long since gone out of the window, I have (albeit very few) responsibilities now, I think in logical terms all the fucking time, I don’t really do reckless (although I seldom ever did) and I was jealous of them all. With that in mind I enjoyed The Vaccines set with renewed vigour, and have to say that I’m looking forward to how songs like Ghost Town sound on the new album because live it sounded incredible.

After The Vaccines sweatfest we wandered around waiting for The Cribs to start on the NME/Radio 1 stage. James and I have been long serving fans of The Cribs, I remember them being one of the first bands we discussed together as we prowled around in circles figuring each other out. Their set was incredible (as they always are) and the songs from In The Belly Of The Brazen Bull sound better live than they do on the record. We left after Be Safe (a personal favourite) to catch the Main Stage headliners Kasabian, and they absolutely pulled the place apart. It’s hard to describe the atmosphere surrounding the headline set at a festival, there is such energy that can never be explored or contained and when the band took to the stage people just went absolutely crazy, it was brilliant. Usually I get to a point in any set beyond an hour where I start to wonder how long it will continue for but it felt like I didn’t have time to check the time before they were walking off again, it’s easy to forget just how many belting crowd-pleasing songs they really have, it was an attack and they had an excellent strategy.

What I will say of the day is that it has confirmed I couldn’t camp at Reading again, the sites and smells of the campsite are different to any other I have experienced and it would take an incredible across-the-board line up for me to consider staying there overnight but the snatches of the festival I do get, the Saturday of indie brilliance, is something I adore, and I hope that it will long continue, hopefully with James by my side.
The good ship Albion sails on course. 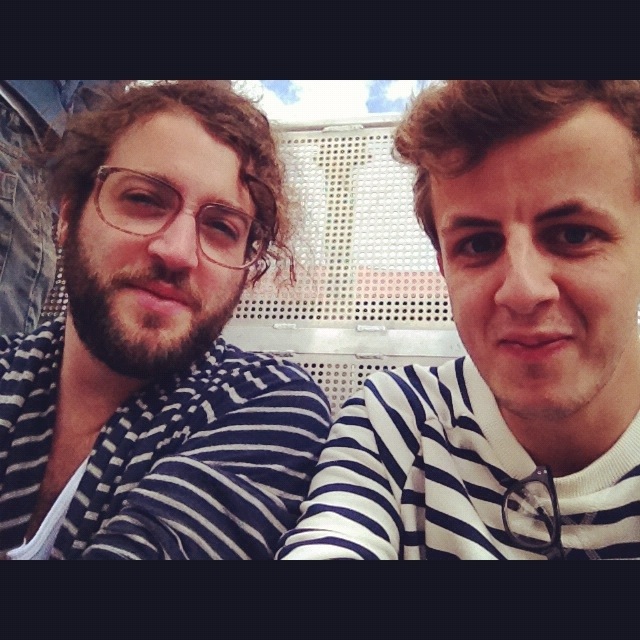