The world really has it in for Logan Day.
Menthol Kisses is the debut novel by Abby Stewart, available to buy here. It tells the story of Logan, a high school girl in Texas completely swamped by the melodrama that seems drawn to her like a magnet. It’s a story that follows what I will call her ‘lost weekends’, that period in a teenager’s life when they quite spectacularly fall out with themselves.

Logan becomes swept up in a world of questionable influences, drugs and the service industry and as she continues on this downward spiral you can’t help but wonder where salvation is going to come from. While she hates her surroundings she appears simultaneously drawn to them, every person she comes into contact with seems doomed and every party she attends could be her last.

The real honesty of the piece is in Logan’s relationship with her sister Shannon who heads off to college at the start of the novella and could be seen as being the tipping point. Without the calming influence of her older sister and with the knowledge that she escaped, Logan feels more trapped than she could have done when there were the two of them. While Logan turns to anger over her abandonment, as a reader it highlights the importance of breaking free of those small town shackles and seeing the world, trying something new, finding yourself, and any other new age cliche you can think of.

The story also brings to light some of the terrifying judgemental and racist views still being practised in the southern states of America today. Logan’s friend Javonte, who is one of only a few positive things in her life is often the victim of some terrible words and actions as a result of the colour of his skin. He acts as a conscience when everyone else seems so hellbent on fucking themselves and Logan up.

As you read, and as Logan disappears from her description of herself in the opening chapter you can’t help but wonder where Abby Stewart drew all of this from, and hope it isn’t too personal, because if so, it’s an incredible story to be able to tell. 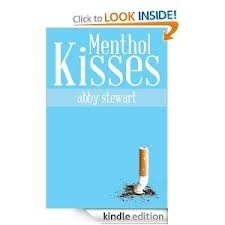