Every week, I open up a pickle jar, take out a slip of paper and listen to that artist.
This week it was the turn of Brighton Rock rockers, Black Honey.

What I Knew Before: I knew the two words separately, but I don’t believe I had seem them working together.
What I Know Now: Black Honey are a four-piece rock group from Brighton, England. The band is composed of lead singer and guitarist Izzy Baxter Phillips, guitarist Chris Ostler, bassist Tommy Taylor, and drummer Tom Dewhurst (thanks Wikipedia, here’s $5).
Favourite Song(s): Corrine, I Only Hurt The Ones I Love and Midnight.
Favourite Album: Black Honey were a recommendation from my friend Sarah at work. A lot of the other artists I have gone for are legacy and have a wealthy discography. Black Honey have one album, just one, it’s self-titled and it’s available as a (Deluxe) edition of 21 songs. That, my friend, is my favourite. 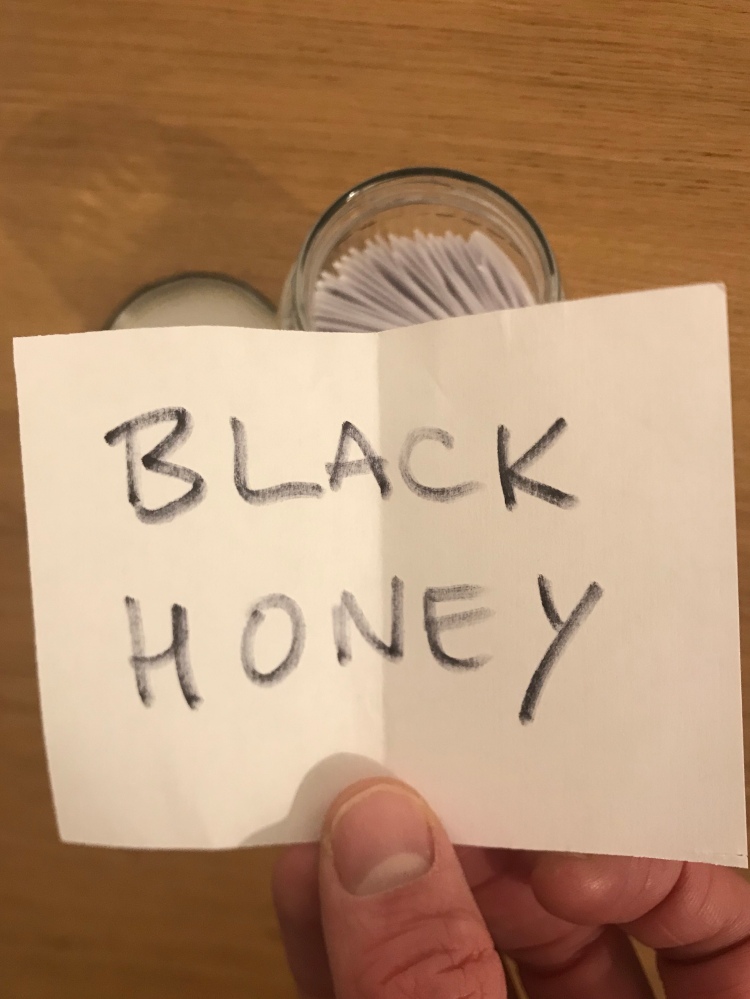