Last weekend, in a move that can only be described as ‘trying to find material for a book’, I went to Amsterdam with my dad and two brothers. It was Father’s Day and he’s also due to get married in August so it was a joint stag/Father’s Day treat for him. The greatest joy was in the fact he had no idea what we were doing or where we were going.

Without his knowledge, I broke into his house and stole a series of polo shirts, his passport and a toothbrush. Then we arranged to pick him up at six in the morning and took him to the airport. Then I remembered that he hates flying and usually pops a couple of valium before take off.

We had a weekend. I can’t say if it was great or not but it was certainly a weekend. The bulletpoint highlights are the following:

We are all getting older. We are all doing our own things so it takes something special for the four of us to be together. It was great to see my old man out of his comfort zone and to treat him like the princess he is. Can’t wait for his second stag.

Here are the photo highlights: 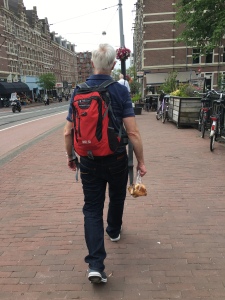 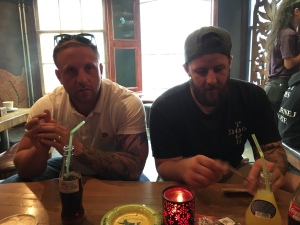