It’s five am and I can’t sleep. It turns out I’m not immune to jet lag in the way I’m apparently not immune to death. Yesterday we walked the rim (yes, that’s hilarious).
It is so beautiful out there. It’s like someone fired a shotgun into the Earth and just let the raw wound of twisted rock sit and scab. As far as the eye could see only accounted for 10% of what the total of the Canyon is. Grand Canyon National Park itself is 1.2 million acres. The parks here are as big as the portions and GC has been super sized (*makes a note of that for the book and congratulates oneself*). Everyone here is so friendly it puts me on edge. They all want to know how I’m doing and they won’t settle for anything less than “swell!” as a response. We went for dinner in the most American “family restaurant buffet” going. There was an old man in the corner doing bad covers of Creedence Clearwater Revival songs and the man on the table next to us was wearing a masked intruder t-shirt and kept disappearing, leaving his young family to fend for themselves. The waitress tottered about remembering everything off the top of her head. I refused to eat food I hadn’t heard mentioned in the Hollywood movies of my childhood so got a plate of brisket, shrimp, corn dogs, mac n cheese and ice tea for dinner.
I’m tired but I can’t sleep.
I’m hungry but even the bread tastes like diabetes.
I’ve seen enough tarantulas but not enough hiking.
Today, as Jamiriquai famously said, we are going deeper underground. 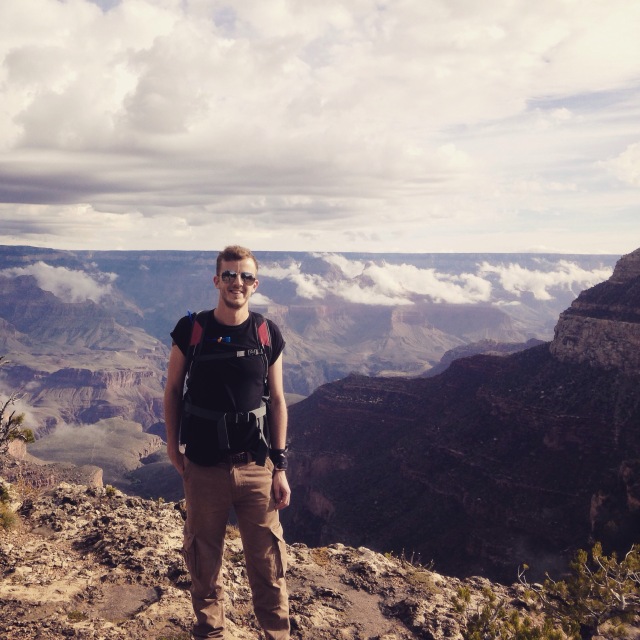