I start my new job today.
The formality of the event has gone out the window a bit. Rather than wearing the crisp formal shirt and smart shoes I’ve gone for a sort of Cobain casual. This will show the man that I cannot be formatted.
I don’t think it will really but hey ho.
I’ve got another film to review tonight, I’m going to a press screening of Midnight Son, my second night at the Soho Screening Rooms in a week. It really is cool down there.

Aside from that not a lot to report.
Oh I’m going to read Catcher In The Rye again because its December and that is the season for reading Catcher. 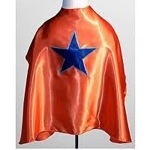