I think it’s only fair following on from last weeks mancrush that I give this week over to Mr Bolan, responsible for a generation of 70’s teenyboppers naming their children Marc, yes I know a few.

I think it’s easy to disregard what Bolan was doing, as at the time it wasn’t particularly ‘cool’ to like T-Rex who were seen as a Top of the Pops type group. In a similar vein to how The Beatles were for girls and The Rolling Stones were for boys (as my dear old dad puts it). What is now recognised is that Bolan wrote some of the best guitar-based pop songs of his generation, leading many onto ‘heavier’ rock bands. He was a total innovator.

What people didn’t realise was that behind the bulging catsuits and glitter was a deep rooted bohemian rock star, friends with Bowie, Jagger and Stewart, Bolan wasn’t seen by his contemporaries as being pop, and he certainly had the habits of a rock star.

With his highset cheekbones and (self-proclaimed) corkscrew hair Bolan will always be an image, I just hope people can go deeper than that to treasure the music he created. 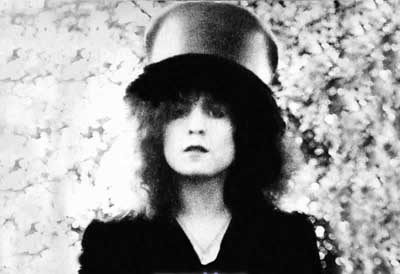