The film in question was See No Evil, Hear No Evil which somehow young ‘EdWood’ as he insists on spelling his name had never seen before. We packed our coffee table with Pringooooals (the Euro 2012 promo packs of Pringles), milkshake, Cornettos, Jaffa Cakes and for some reason sushi.

During the film I realised that it is rare for me to let go like that, to not make any plans, or any attempt to organise or tidy things and it was down time, it was resting, it was really nice. In the chaos of our lives it is hard for Ed and I to spend any time so 97 minutes watching a film together is exactly the kind of thing required. For anyone who hasn’t seen the film it’s a brilliantly ridiculous comedy starring Gene Wilder and Richard Pryor. They witness a murder however Pryor is blind and Wilder is deaf and they are forced to set out on one of the greatest and sweetest buddy films of the decade to prove their innocence.

I think what I’m trying to say is that it isn’t the end of the world if you have a night off, work can wait, just take two hours to yourself, find something to make you laugh and find someone you can share that with. It’s one of the few things we’ve got. 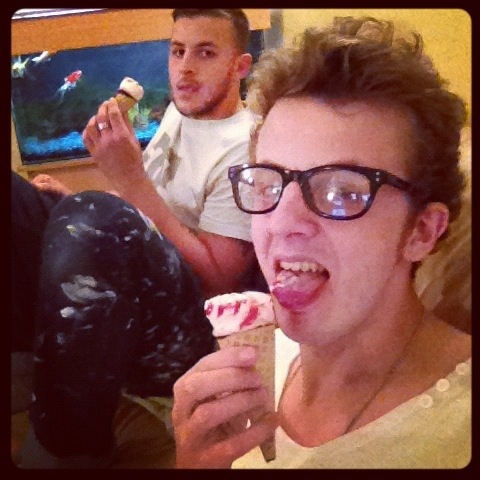