So thanks to Benjamin over at Life Rapture I am now completely addicted to the Bloomberg documentaries Game Changers, a series which profiles the elite men and women who have defined the way we act and think about finance, sport, music, technology, politics and culture. I imagine I’ll be blogging and tweeting about my findings quite a lot in the near future. It’s made me think a lot about my own drive, and my own need to achieve my goals, and how I’ve only just come across my intentions and how solid theirs are or were so early on.

One of the biggest surprises I have encountered so far is the story of Mark Zuckerberg, popularised by the 2010 film The Social Network (based on the book The Accidental Billionaires by Ben Mezrich). Zuckerberg for those not savvy to any of the terms and names I’ve just pulled is the founder and CEO of Facebook, the social networking site which has captivated the world in the last decade. I enjoyed The Social Network but I watched it as a film, it was hard to imagine the real people and lives behind it all, as though it were all just a hilarious concoction of Hollywood but watching the Game Changers documentary made me realise just how powerful Zuckerberg has become, and how willingly we allowed that to happen.

The first thing I should mention is how impressive his morals are, he knows that Facebook is bigger than any amount of money that can be thrown at him (including a $1.5 billion bid from MTV). I like that. The fact is that most ‘entrepreneurs’ to use a blanket term will happily sell on their idea as soon as the price meets something they can roll about in for the rest of their days, but Zuckerberg recognises that what he has created would be lessened by it being passed over to someone else, that it would cheapen his efforts since its creation in 2002.

The second issue that arose for me from the documentary was how much Facebook now knows about us and our habits. The genius move behind Facebook is that it is all user generated content, we are the suppliers and we are the product and we are the target market, that means that anything that is done is being stored and who knows where that will lead. I know this is a terrible thing to admit to but I wonder what will happen to my Facebook page when I die, where all of those messages will go, whether someone will continue to run it, whether people will still put music videos on my wall, thats a huge impact to make on someone, he has changed the way we think about everything, the way we speak, the terms we use, the way we contact each other, the way photos are handled, it’s an incredible gift to the world but I struggle to accept that Zuckerberg is happy with that, content in the knowledge that he has helped a lot of people (if you ignore the negative and bitchy side). After all he is a businessman, and don’t let him fool you with those flipflops and hoodies. 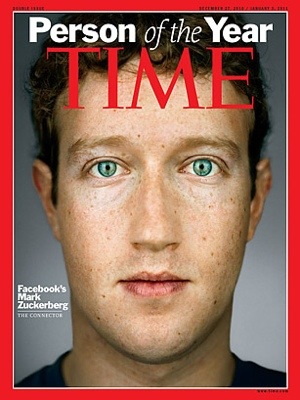