For Arcade Fire fans this is the fourth coming. Win, Regine, Will, Richard, Jeremy and Tim have pushed aside the boulder that was their own tomb once more to reveal the shiny and beautiful Reflektor LP. With more extras than the scene in Life Of Brian where Brian’s mum reveals him not to be the messiah but instead a very naughty boy it promises a lot. From the seven minute opening and titular track which caused a mild hashtagging hysteria on 9/9 with its simultaneous (and if you were in the UK overpriced) release around the globe, it delivers and it does so in droves. Gone are the self-reflective tones of The Suburbs and in place are the Haitian grooves and voodoo beats brought about by Win and Regine’s visits to her home country.
Win Butler has said that lyrically a lot of the material for the album was taken from 50’s film Black Orpheus which is a personal favourite. Its themes of isolation and death are not anything new for Arcade Fire. Who else could release a first album called Funeral? We Exist strikes to the heart of that isolation with tumbling and distorted bass lines underpinning everything else. It’s funky in the way taking to an abandoned castle in Jamaica to record when your church in Montreal collapses in on itself can. Flashbulb Eyes is remarkably short, half the length of any other song on the first half of the double album – the average length of the tracks across the board is over five minutes, a clear departure from the radio-worthy Wake Up or Ready To Start on their previous efforts. Reflektor feels more like an album being made by a band who want to make an album, not under any pressure, and completely ignorant of any expectations. By freeing themselves up in this way they’ve provided something entirely different to the rest of their body of work but it’s still undisputedly Arcade Fire.
Here Comes The Night Time features the near steel drum sound piano part that has resonated through their confusing and visceral videos in the last two months. The change in tempo within the song is compelling and a signature move of the band who will no doubt rip the whole thing apart live. Normal Person starts out with a near Velvet Underground basement club level of distortion before the honky-tonk piano and guitar parts and suitably croaking intro. Inexplicably the next song You Already Know is introduced by Jonathan Ross, or at least a sample of his 2007 show where the band’s performance was interrupted by Win smashing up a camera with his mandolin. Sonically, the track sounds not entirely removed from The Smiths’Rusholme Ruffians, the bouncing bass guitar twirling around an introductory Marr-esque guitar before all Arcade Fire breaks loose. The track closes with Ross laughing and confirming the name of the band. Disc one is concluded with Joan Of Arc which would be perfect for a bedroom rave (pay close attention KC).

Like all great double albums there is a clear difference in mood and temperament. The second disc begins with Here Comes The Night Time II which hints at the grandeur of the track it is linked to but simultaneously has a drawn out and orchestral feel like Sprawl II on The Suburbs. While somber in lyrical content the first disc is composed of celebratory tracks and if the footage from their recent small-venued gigs as ‘The Reflektors’ are anything to go by their live performances are made up of such. The second half of the album is more restrained, it’s calmer, reflective. This is where the album art begins to make sense. Contained within a black circle is an image of Auguste Rodin’s sculpture ‘Orpheus and Eurydice’ which forms the title of two of the tracks – Awful Sound (Oh Eurydice) and It’s Never Over (Hey Orpheus). This is where the truly atmospheric and spiritual side of Arcade Fire’s songs takes hold. Awful Sound (Oh Eurydice) is angelic and blissful, doused in dragging loops and sounds fit for The Flaming Lips. It’s Never Over (Hey Orpheus) picks up the other side of the AF mantle, it delivers the group shouts and catch chorus that turned the public eye on Arcade Fire in the first place. Whilst on their own the last three songs on Reflektor are incredible, thrown together in the way they are means that they jar slightly. There’s absolutely nothing wrong with them and I pick this because I can’t write a whole article waxing lyrical about anyone, not even the mighty Arcade Fire. Porno, whilst inducing a childish titter rides high on the steel drum high levels of piano as featured on Here Comes The Night Time but with waves of synthesisers undercutting it. The following track Afterlife sounds too close musically and perhaps this is the reason it’s the only hair to be pulled from this work. The album closer Supersymmetry matches this same mood, the drawn out aspect of arriving at a point after all of the dancing is done. It’s the moment of clarity.

Reflektor is not what you would expect. It doesn’t continue down the line cast out by the last two albums. There’s progression but it’s eschewed. There’s Arcade Fire but in giant papier-mâché heads, twirling around on the beach with boomboxes in their hands. It’s the assistance of James Murphy (of LCD Soundsystem) who produced that this sounds as dynamic and enchanting as it does. Arcade Fire could have written a stadium rock album. They could have followed down the same vein as so many other bands with a Grammy wedged in their back pockets but they changed tact, they saw something that was different and they embraced it and that is what makes them such an engaging force. 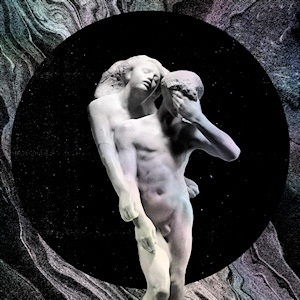