Love You Better or Why losing The Maccabees is a massive blow to the music scene and to me, Paul Schiernecker.

When I was seventeen, indie was king. I can remember working a Sunday morning in Sainsburys at Rayleigh Weir, feeling like absolute shit because I was fronting up Babybels on three hours sleep. The store didn’t open until ten on a Sunday because Jesus so we had Radio One on. Suddenly this juddering guitar part started hammering through the supermarket and my hungover body. It wasn’t The Maccabees. That would be too hammy an introduction for such an important band. It was Take Me Out by Franz Ferdinand. An anthem for the era. I had to ask one of the cooler, older boys (Rik) that I worked with who it was. By the end of my lunch hour I had bought the album. That purchase symbolised a nosedive I have never been able to recover from. I wanted it all and I was just getting into things at the right time.

NME became my bible. Everything was THE. The Strokes. The Cribs. The Libertines. The Bravery. The Killers. The Vines. The White Stripes. The Rakes. The Long Blondes. The Paddingtons. The Fratellis. The Horrors. The Futureheads. The Coral. It completely changed the cut of my jib and the cut of my jeans.

By the time I walked away from the exciting world of supermarket replenishment to study at university the whole scene was in full swing. I spent my weekends getting as pissed as possible and my weekdays waiting for Wednesday so I could buy NME and then waiting for the weekend again. Everyone wore too much denim and leather. None of my t-shirts fit me. I felt someway towards understanding something.
I remember Colour It In. 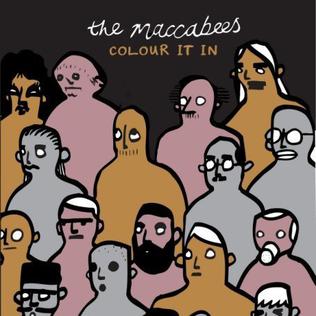 Oh how I remember Colour It In. What an absolutely sublime piece of work. I was fascinated by this bizarre group of names that made up the band. Who the fuck was called Orlando or Hugo or Rupert? What was that voice? The ache and the cuteness and the pain in it.
First love. Last love. Only love. It’s only love.

When I started DJing, because that’s what you do when you’re a student with no money but don’t want a job, X-Ray was in every single set. I was learning to play guitar at the time and was sure people would be impressed by my attempts at their songs. I just couldn’t get the magic. I recall listening to Toothpaste Kisses on repeat while I was studying. I couldn’t get enough of the whistles and the sweeps of it. I knew this was really something.

There were so many flash in the pan indie bands around at the time – still waiting for Joe Lean And The Jing Jang Jong to drop that album – that it didn’t seem possible any of it could be followed up. The difficult second album as they say. Then came Wall Of Arms.

Holy hell. What a follow up. I listen to this album routinely. It’s to my mind their best work. It came at a time when I had finished university and my friends and I started a band. We wanted to be The Maccabees. We also wanted to be The Libertines, The Cribs, The Strokes, The View and The Vaccines so you can see why it was due for failure. For a while we considered using Maccabees-esque names. I believe mine was Fabrezio.

That tracklist though. Love You Better, which I will probably get tattooed. Wall Of Arms. Bag Of Bones. Young Lions. No Kind Words. NO KIND WORDS.
I went to see them for the first time when they headlined the NME Award Tour in February 2010. The line up for that show was The Drums, The Big Pink, Bombay Bicycle Club and The Maccabees. We couldn’t believe our luck. We had the best time. Me and the band and some of our friends. I remember spinning in circles with my friend James as we slopped Red Stripe everywhere while we shouted the lyrics at one another. That night we stayed in a hostel somewhere and all took the walk of shame home together the following morning through south London.

I remember having a number of conversations with Mike, who played bass in our band, about how they should have been the biggest band in the world. We liked the fact they weren’t. It meant there was something special for those of us who were in on the trick. Who knew what was going on.
When the band weren’t touring they seemed to be very quiet. They weren’t a tabloid headline band by any stretch. They didn’t have a Doherty-type frontman. They didn’t seem to have drama or hassle between them. They were friends and they were doing it for the love and it was an absolute joy to watch and listen to.

I was lucky enough to see them again that year when they played the main stage at Reading Festival. Again I couldn’t believe my luck. The line up for the Saturday was Gaslight Anthem, Modest Mouse, The Maccabees, The Cribs, Dizzee Rascal, The Libertines and Arcade Fire. I couldn’t have curated something better myself. My friend James and I parked ourselves against the barriers and stayed there for the day, enjoying the weather and the vibes and the music.

We started talking about what would come next. We got excited about it. It was an event for us when a new Maccs album dropped. Given To The Wild didn’t disappoint. I remember news working its way around our group via work email that there was a new single, Pelican, which had dropped. By this stage we had all graduated and were working in the city. We were growing up and having to get on. We still held out for those strange and fantastic occasions when we would get to do something we could truly embrace and enjoy. There it was. 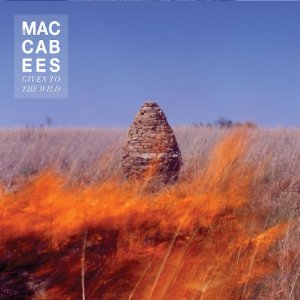 The main thing I remember about the album is pain. When it came out I had made the brilliant decision to quit smoking and take up running. Every run I went on I would listen to Given To The Wild. I slowly got fitter and was eventually running until Pelican came on. I marked my improvement against the tracklisting. It seemed like a longer and more complex album. They were adventuring away from the jangle of guitars, I suppose a lot of people were at the time.

Again, things went quiet. My friends got promoted. Some of them bought their own places. Things changed and it was difficult to pin anyone down. Friendships boiled down to Whatsapp messages and very little else besides. Still we waited on the next Maccabees album – Marks To Prove It.

The lead single was good. Really good. It reminded me of everything that had come before, in their music and my life. It made me think of good times and good friends. It helped. I was amazed that I got tickets to see them at The Coronet before the album even came out. I stood at the back with my friend Antony and we sipped beers and watched and it was good but I felt so removed from it all.

I guess what I am trying to say is thank you. Thank you to a band who have been around through some of the best times of my life. Who helped me find my way in the world. Who soundtracked so many good nights out. You will probably never fully understand the impact you were able to have to so many people. In twenty years time I could be taking my kids through the music daddy used to listen to when he was a teenager and your work will be up there as the high-tide mark of the scene and the time.
I feel fortunate to have seen you live a number of times and to have enjoyed those gigs with friends. Those experiences will stick with me in a way a number of other things could never touch. You’ll burn bright forever. Thank you for the music.